What Entrepreneurs can learn from Elizabeth Holmes and Theranos


My heart actually sank yesterday as I read the Wall Street Journal article that made several damaging claims about tech entrepreneur Elizabeth Holmes and the California company she founded, Theranos.  I have watched over the past two years as I have started my own tech company, the rise of this young woman who the media has adored and promoted to near rock star status.  She has graced the cover of most every business or tech journal of significance and was one of very few tech entrepreneurs on the billionaire lists who was not a man and who made her fortune rather than inheriting it from a husband or father.  I was proud of her and her accomplishments, even having never met her.

I am holding back judgement and holding out hope until more facts emerge because I want the story to be true. I want a woman to be that successful in a male dominated industry and world. That being said, whether the accusations are true or not I believe some important lessons can be learned.

Do your research and share your research.  I didn’t take the WSJ article as gospel, so I started to dig a little into the accusations. What I found was this, there have been questions into the technology Holmes developed from the scientific community for quite some time. Of course these questions from actual scientists didn’t get any attention and I imagine were ignored because pretty much everyone had jumped on the bandwagon and drank the proverbial Kool-Aid. (more on that later)  From what I found, the minimal research that had been conducted was vague and had it been scrutinized, would have lead to more research and questions into the accuracy of the technology.  The reason’s Holmes camp gave as to why they didn’t want to disclose certain explanations of the actual efficacy of the technology was to protect trade secrets.  I think this was a mistake. It astounds me that so many individuals, investors included, would have given millions of dollars without more evidence this groundbreaking technology actually was effective.  I would have thought before Walgreens or anyone else actually paid huge money for this technology, they would have wanted proof it is at least as accurate as previous laboratory testing.

A board containing high profile individuals isn’t worth as much as a board made up of people who know your product and market.  I have been told time and time again that what I need is some big name people on my board. I have rejected this notion repeatedly because it is my feeling that what I really need is a great product that solves a real problem and a team of people who have experience getting that product to those people.  Holmes has huge names like Henry Kissinger, Sam Nunn  Senator Bill Frist and George Schultz (who is 94 years old.) on her board.  These are heavy hitters in capital investment and politics but I have to wonder how they could have impacted the efficacy of her product. Maybe she would have been better off having a couple experienced molecular biology researchers or nanotechnologists or even a humanitarian since she seems to talk a great deal about her passion to change the world by making less invasive lab testing cost effective and available to everyone.  Maybe that’s who she wanted on her board but was pushed by investors to choose big name men who have access to money and people who change policy.  There is not one woman on her board and I couldn’t help but notice that she was recently tweeting with Gwyneth Paltrow, Arianna Huffington and Maria Shriver about #ironwomen and celebrating Margaret Thatcher.  Maybe lesser known, more scientifically experienced names of women or men, would have been better.

Media and good PR are powerful.  The media surrounding Holmes and Theranos over the past several years has been a powerful force.  They took the story of the Stanford drop out with a passion to change the world and ran with it and they ran far.  America ate it up, seemingly without question, me included.  Now when I read her story it occurs to me she had very little formal knowledge of science. I am sorry, even if you read science journals all day long and took every advanced placement science class in high school you wouldn’t be prepared to create a product at the technology level Holmes did. Her answers to questions posed in the past by the scientific community should have made everyone reconsider the story that she was a young science genius. I certainly don’t discount her idea and passion and potential ability to rally the right people to fill those gaps but a 19 year old who hasn’t taken Microbiology, Physics and Chemistry at a college level is a different reality than the story the media has presented.  The biggest thing I take away from this is that if a story is pitched and repeated enough times, whether true or not, it can be believed by the masses including influential people that one would think couldn’t be easily swayed. This belief can bring money, respect (deserved or not) and near celebrity status.  Maybe we all want a bandwagon to jump on, maybe we buy in because it makes us believe it can happen to someone else and that means it can happen to us too.  Maybe we honestly want to see someone make a difference and become successful in that process.

Like I said, I still hope she is able to show the hard evidence to refute the damaging allegations she is facing.  I want to think this is a story of an innovative woman who was passionate about a belief to improve a process and worked tirelessly, overcoming obstacles and doubt to achieve success.  I want her and other women to be on the lists of the most successful tech entrepreneurs and I want them to be there because they created something new that changed the world and made things better.  While I wait for that to shake out, I will keep plugging away at my own tech product, research study in progress, with my ever important, brilliant but little known advisory board. We will see how it all turns out.
Posted by Unknown at 6:19 AM 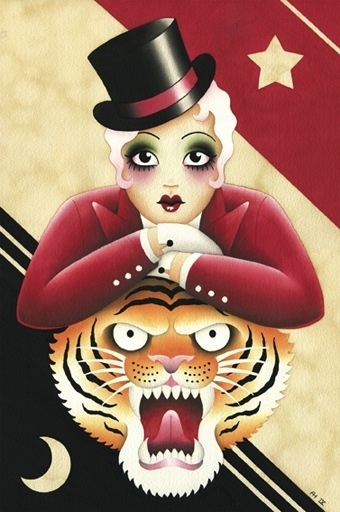